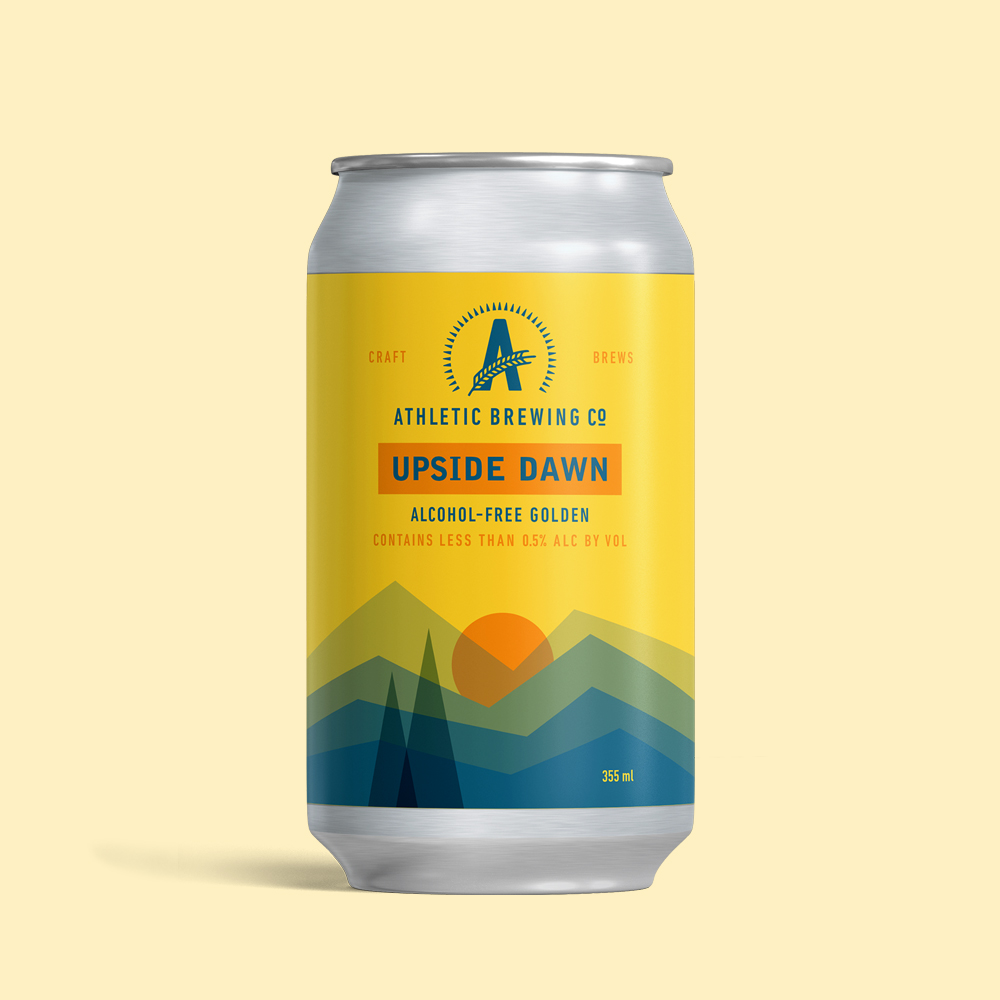 Athletic Brewing Company was founded in 2018 by Bill Shufelt and John Walker based in Stratford Connecticut, United States. Bill wanted to create high-quality beer with all-natural ingredients that were suitable for every occasion. And they have succeeded, with over 6 varieties of beer ranging from golden ales to a dark stout. The brand has gone from strength to strength creating a huge following and are now beginning to distribute across the globe. We have managed to to get hold of Upside Dawn Golden Ale, now available to buy in the UK.

Upside Dawn pours a hazed golden yellow colour with a small head that dissipates quite quickly once poured out of the can. The aroma is noticeably hoppy, with hints of fruity and citrus notes. The initial sip is refreshing and full of flavour, finishing with a slight bitterness you would expect from a golden/blonde ale style beer. The flavour profile brings about a balanced blend of malts and hops, hitting notes of bread, biscuit and pale malts. The mouthfeel is very light with good carbonation, each sip giving a good bubbly sensation.

As of July 2021, a pack of 6x355ml cans can be bought for £10.99 directly from Athletic Brewing Company or via other online retailers.

Golden Ales aren't so common in the non-alcoholic sector, so this is hard to find a like for like. It has a milder flavour profile than a traditional Indian Pale Ale, but has more depth than a lager.

A very good flavourful non-alcoholic beer that is easily sessionable. We think it's quite versatile and will appeal to many, could pair well with food or drunk as lighter alternative for IPA session drinkers. Bonus that it is also gluten free and suitable for vegans.

Light, refreshing with the gentle flavour of a pale ale.