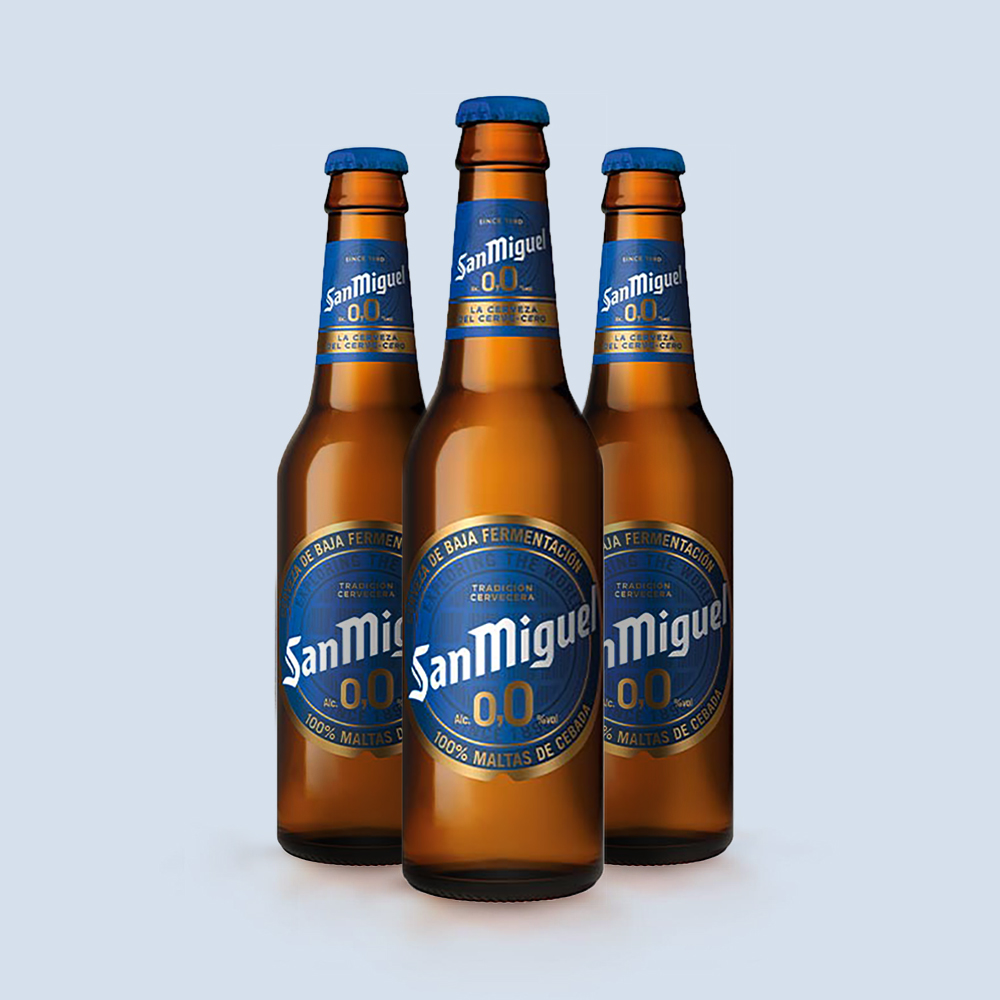 San Miguel 0.0 is one of the more established non-alcoholic beers having been launched in Spain in 2001. The drink only became available in the UK in 2015, and since then it has slowly grown into one of the preferred non-alcoholic lagers. San Miguel 0.0 is based on the original and flagship product of the Mahou San Miguel brewery - the San Miguel Especial. A pilsner-style lager, golden in colour with a refreshing and citrus taste. How does it compare to the original?

The aroma of San Miguel 0.0 isn't great, as it carries a noticeable acidic smell which is a little off-putting. The beer pours a golden amber colour, with a decent lasting head, somewhat similar to the San Miguel Especial. The mouthfeel is very good, it is full-bodied and drinks like a traditional lager even with surprisingly low carbonation. The first sip is quite malty, with a strong cereal taste and only a very slight bitterness. After drinking more, the sweetness from the malts increases and it seems as the aroma becomes less off-putting.

The overall flavour isn't like a standard pilsner but enjoyable nonetheless.

As of June 2021, a 4x330ml bottle pack can be bought from £3.00 in most high-street supermarkets and online retailers.

If lager is your drink of choice, this is a good option for you. It isn't exactly like its alcoholic counterpart but not a bad replacement if San Miguel is your choice.

The overall taste, mouthfeel and aftertaste give for an easy-drinking beer. Suitable with food or for enjoying on its own.

Our opinion: A good option

With more and more options available for lager drinkers, this choice still holds up. It does have some similarities with its alcoholic predecessor, and you can easily drink more than one. So we feel it is a good option to have on your radar, especially as it's great value for money and available almost everywhere.

A decent choice for a session lager