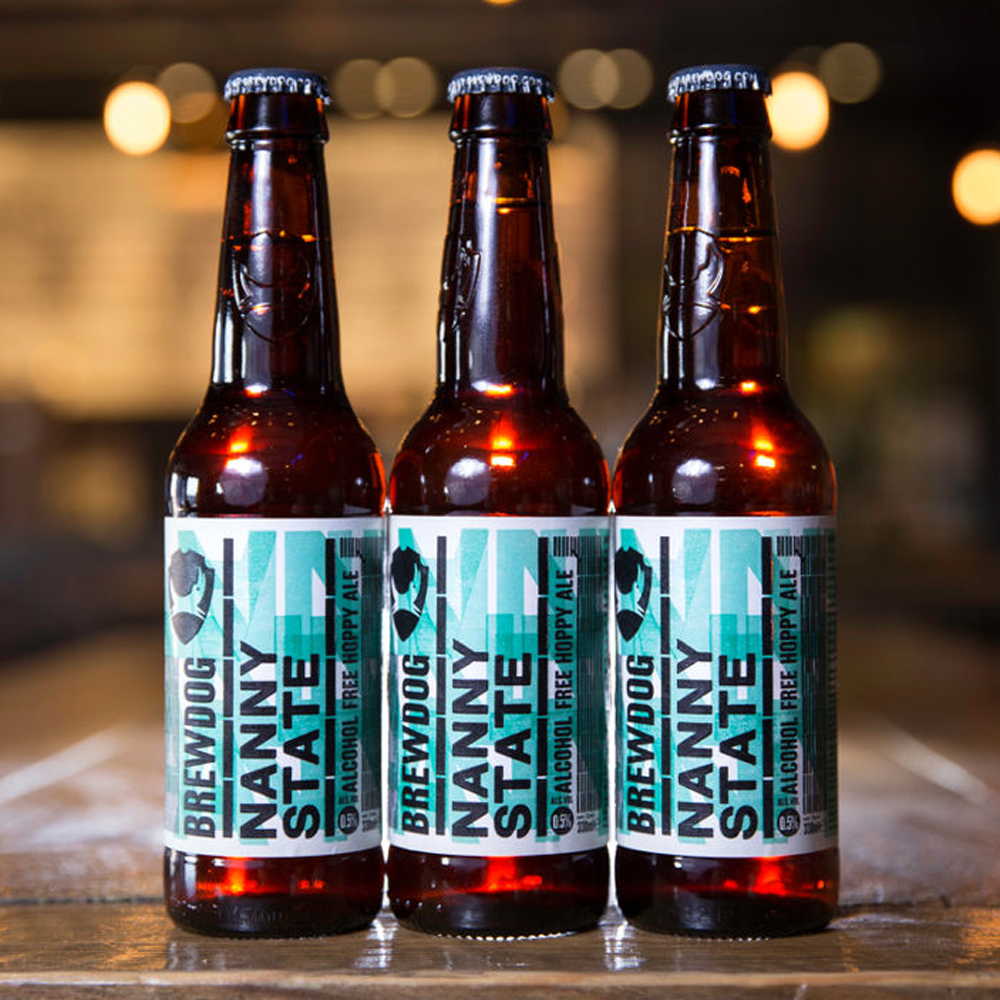 BrewDog, a disruptive brewery, disruptive brand but makes great beer.  We've taken some time to tackle one of the three alcohol-free beer products from the Scottish based company however we've arrived. The first for us is their IPA-style drink named Nanny State. It promises "No Alcohol, No Compromise" so let's see how it measures up.

Nanny State pours like an IPA, with a great head and a bold amber colour that waters the mouth in anticipation of a great drink. There's a comforting hoppy aroma with a slightly fruity, mainly citrus scent too. There is a real depth to the flavour also from this BrewDog product. The strong hoppy flavour gives a balanced bitter taste to the beer. A woody almost pine-like flavour add a refreshing touch. Then there's a touch of citrus which give the drink a touch of sharpness and gets you ready for the next sip too. There are no cardboard-like or synthetic flavours in this drink too, which are sometimes found in non-alcoholic beers. Overall it's a great drink that only the most dedicated IPA fans may question whether it was alcohol-free or not.

With a high, but not an overpowering level of bitterness and a strong hop flavour there's a clear and easy comparison to be made for your classic American IPA.

Perfect for: Whenever the IPA Moment Calls

Great refreshingly bitter taste, slight citrus feel and a depth of hop flavours, Nanny State by BrewDog is perfect for IPA and will even appeal to the wider non-alcoholic beer drinking community too.

Our opinion: A Gateway into Non-Alcoholic Craft Beers

We were real fans of this drink and would place it high in our ranking for no-low beers. We think it's a great drink for those who want the full flavour of a beer, but without the alcohol.

"Nanny State - no compromise, no surrender, no alcohol."

Credits: Images by BrewDog     Disclaimer: Not sponsored, purchased for review.