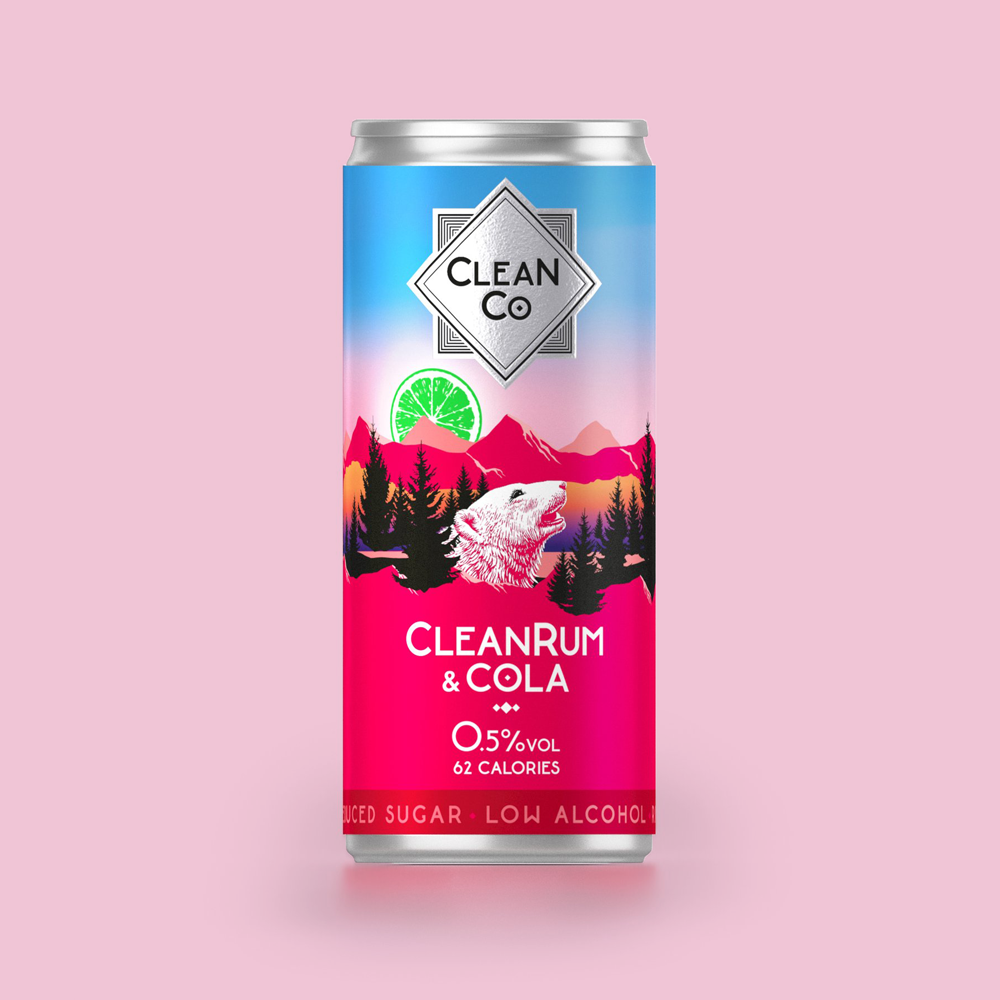 An addition to Clean G & Tonic, and expanding on Clean Co's 'clean revolution', is Clean R & Cola. An alternative to Jamaican rum that comes pre-mixed with cola, for a canned cocktail that is ready to pick up and drink.

The initial aroma when opening the can is a strong cola smell followed by hints of vanilla. It pours a dark caramel colour as you would expect with cola, a gentle foam and with a little under the amount of perfect carbonation, although this might have been just the one we tried. Clean R & Cola has a good mouthfeel, not too sugary and doesn't coat the mouth with a sugary or oily film. The main flavour from this drink is a deep caramel sweetness, vanilla and a slight toasted but background flavour too. Although this makes a very pleasant drink and a flavour we really enjoyed, it misses some of the spice and heat you'd expect from a dark spiced rum. The promise of cayenne on the packaging gets lost in the sweetness, if there was more to give it the kick/sharpness this would be perfect.

We are pleasantly surprised by this drink, it has all the flavours you would expect from a Rum and Cola cocktail served at a bar and if it was served with ice and a slice of lime. You would almost be forgiven for thinking it was a Rum and Cola, just a slimline version.

Perfect for: Rum fans with a sweet tooth

This drink is for those who have a sweet disposition, fans of the sweeter dark and spiced rums will really like this.

Our opinion: A great option

This is a very good option for rum drinkers, it's balanced and drinks very easily. If it only had more cayenne to give it that kick of rum it would be amazing. Rumish still the one to beat.